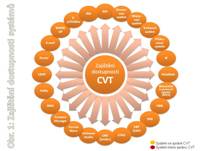 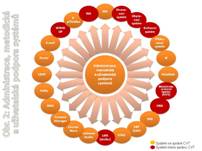 Following systems are part of the native intranet core: study agenda administration system IS/STAG (programmed and distributed from University of West Bohemia), e-learning – UNIFOR (basic development for UP by an external company), and ERP system for human-resources, finance and record of assets – SAP (the most used commercial system in the world, developed by SAP A.G.). UIS core systems are complemented by other satellite UIS models:

Following modules are operated beside the UIS core systems:

All of the aforementioned UIS modules are covered by university portal built on WebSphere commercial platform. However, SAP is the only module which will not be fully integrated in portal because of license policy and data safety. Furthermore, there is a whole packet of web services, which can ensure the output of information requested in portal environment not only to SAP users but also to employees and students. Basic authentication and authorization application is LDAP based on Tivoli Directory Server 6.2.

Basic UIS structure is shown in attachment no. 2. 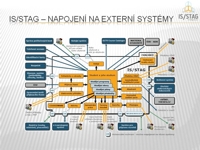 IS / STAG is an information study system agenda for colleges, universities or higher vocational schools. This system was created and is developed by Information system center at University of West Bohemia.

IS/STAG was used for the first time in 1993 at University of West Bohemia. UWB runs the third development version of this system. IS/STAG is a university system used for study administration not study support. IS/STAG registers credit and non-credit study system.

This system is used by seventeen schools in Czech Republic of which eleven are public colleges and universities, five are private colleges and one is a higher vocational school.

We use cookies and any other network identifiers on our website that may contain personal data (e.g. about how you browse our website). We and some of the service providers we use have access to or store this data on your device. This data helps us to operate and improve our services. For some purposes, your consent is required to process data collected in this way. You can change or revoke your consent at any time (see the link at the bottom the page).